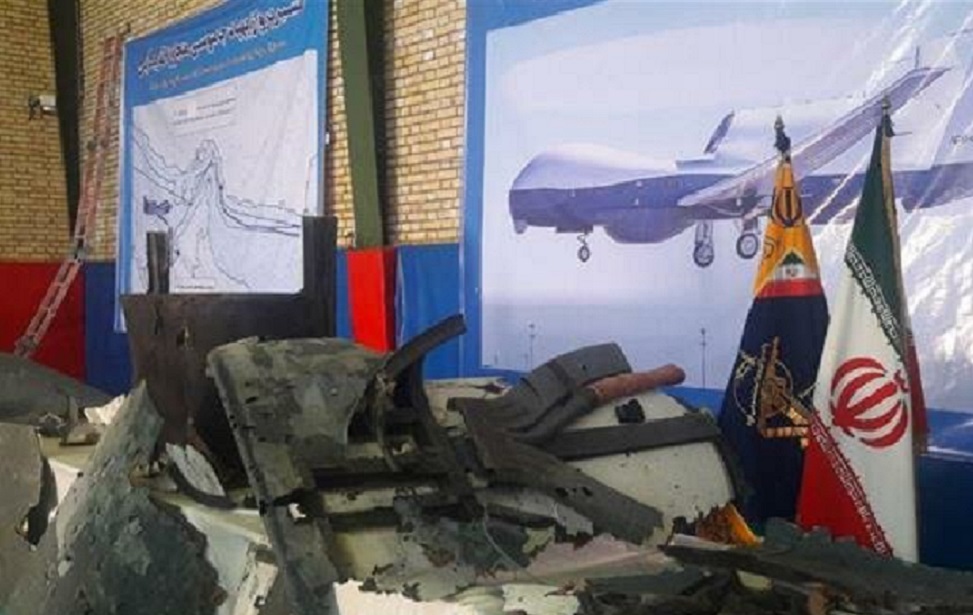 Prof. Kraska has argued in his latest EJIL: Talk! article that the incident regarding the downing of a US drone by Iran happened due to the scarce knowledge of international law by an Iranian Revolutionary Guard Corps (IRGC) commander. While I do appreciate Prof. Kraska’s discretion in referring to US intelligence sources, on the other hand the US President himself openly provided to the media the same assessment.

I will now concentrate on some points raised by Prof. Kraska:

This observation implies by default and without any specifics that the action conducted by Iran was in fact an attack confirming the US policy on the equivalence of use of force with armed attack. One might disagree and follow the difference between the two as expressed by the ICJ in the Nicaragua case (para. 191). It is also difficult to understand this point of view, as the author did not state from the beginning that he was taking the US declarations on the position of the drone as a given fact. Even so, Iran’s declarations to the UN Security Council (UNSC) would have been worth mentioning to the reader for awareness purposes. In his letter, the Iranian Ambassador defines the US violation of his Country’s airspace as a “hostile act” to which Iran responded in self-defense. This is a shift on the interpretation of self-defense by Iran that actually aligns with the US view (use of force = self-defense). For more insights on the topic see here.

This reference seems redundant as it conflicts with art. 3 of the same Convention establishing that a State aircraft is an “Aircraft used in military, customs and police services” and that the Convention does not apply to this type of aircraft. It is difficult to see how art. 6 connects with the event at hand as, whatever the position of the UAV was, its nature as a military aircraft does not change and was never contested by the two Countries. The contradiction appears more evident in Prof. Kraska’s subsequent statement in which he acknowledges that according to art. 3 national air traffic control cannot interfere with a state aircraft.

FIR is cited in the post because of its commercial/civil aviation purposes, however this point does not appear relevant for the same reasons given above. It is also stated that FIR is an international airspace that a state aircraft can cross by having “due regard” to the safety of other aircrafts (again art. 3 (d) of the Chicago Convention). According to Prof. Kraska the IRGC commander mistakenly downed the UAV because it considered the FIR Iranian airspace. The law is clear and in theory I am inclined to agree with Prof. Kraska (if we assume the object was flying in international airspace), but State practice does not show the same clear cut approach. There are differing positions of States on the matter presented to the UNSC (see here and here), in official statements (see here and here) or reported by the media which are noteworthy.

If the drone was flying inside Iranian airspace, the US committed a wrongful act by not abiding by art. 3 of the Convention (ratified by both Countries). In this case as well I struggle to follow the point that Prof. Kraska tries to make. If he believes that the drone was a civilian object by referring afterwards in his text to civilian aerial incidents than I would disagree (see reasoning above). Otherwise, if he considers Iran’s action excessive, in my opinion it is not the case, as Iran had the right to stop the drone from continuing its operation. Iran explained its position quite clearly in its letter to the UNSC: the aircraft did not respond to warnings and was conducting an intelligence/reconnaissance flight in violation of Iran’s sovereignty.

I would have agreed with Prof. Kraska if he had shown that the action was disproportionate and why so (e.g. Iran might have had another means to stop the US without resorting to use of force).

I do not agree with the reference made by Prof. Kraska to the Korean Airlines Flight 007, because he refers to a civilian aircraft that has to abide by the Chicago Convention and to the directives given by air traffic control in national airspace and even in the FIR. It is also disputable that “states have been reluctant to resort to force against foreign intruding aircraft”. Quite the opposite: after 9/11 States have made plans to shut down suspect civilian airplanes if they are not compliant with specific safety procedures (e.g. US and UK). In this context, it is also interesting to recall that the US too mistakenly shut down an Iranian civilian aircraft in the in the Strait of Hormuz in 1988. In addition in 1960 the US did not criticize the USSR when it downed its spying U2 (see here). On that occasion the US President stated that spying activities are a “distasteful but vital necessity” and that the US did not use:

“Army, Navy, or Air Force for this purpose, first, to avoid any possibility of the use of force in connection with these activities and, second, because our military forces, for obvious reasons, cannot be given latitude under broad directives but must be kept under strict control in every detail” (News Conference Statement by the President, May 11, 1960 – emphasis added).

Following these concise yet illustrative state practices it seems odd that the US while using a military aircraft, although unmanned, for intelligence/reconnaissance operations would dispute Iran’s actions to enforce its sovereignty (assuming the action happened in Iranian airspace).

Aside from Iran’s official statements to the UNSC cited above, there are concurring explanations of IRGC actions in the media (see here and here) that might have supported Prof. Kraska’s arguments. The head of the Revolutionary Guards aerospace division corroborated these reports by declaring that “in the region there was also an American P-8 plane with 35 people on board. This plane also entered our airspace and we could have shot it down, but we did not” (source Reuters). One can safely assume that independently from the position of the Global Hawk and from any alleged self-defense justification, Iran and its elite Guard wanted to assess their military capabilities towards the US in a moment where the relations between the two countries are at their lowest point. A risky gameplay might be taking place between the two States and the interpretation/misinterpretation of international law would only be used by them to justify their actions as we have already seen elsewhere, e.g. India-Pakistan 2019 border skirmish (see comments here and here) or the Oil Platforms case.

The views expressed are those of the author and do not reflect the views of the Italian Army, the Ministry of Defense or the Italian Government.