commentary-Misunderstanding of International Aviation Law May be Behind Iran’s Shootdown of the U.S. Global Hawk Drone 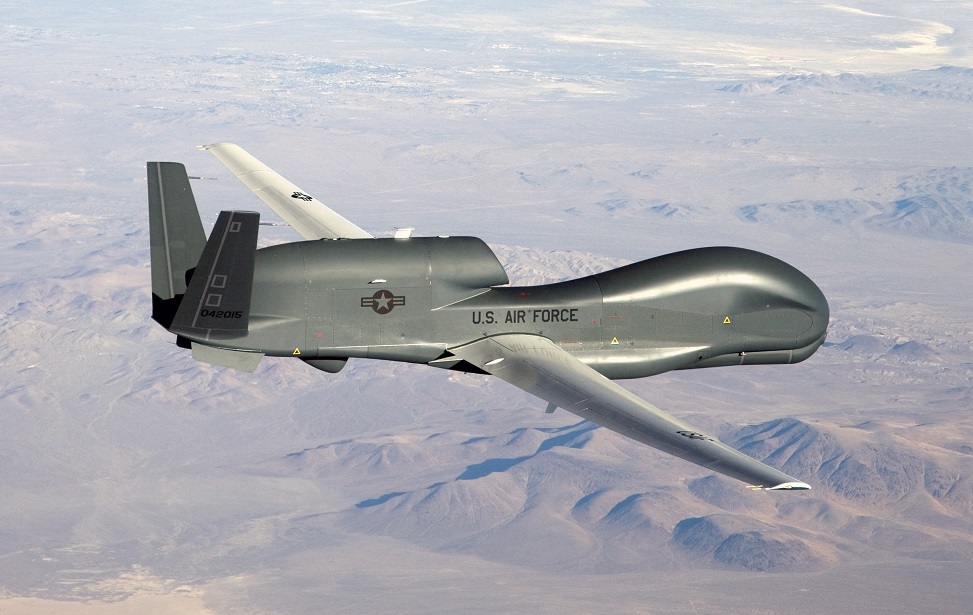 On Thursday, June 20, the Iran Revolutionary Guard Corps Navy (IRGCN) shot down an unarmed U.S. surveillance drone, nearly igniting open conflict between the United States and Iran. The $180 million U.S. Navy RQ-4A Global Hawk was struck by an Iranian Islamic Revolutionary Guard Corps (IRGCN) surface-to-air missile launched from near Goruk, Iran. With strained relations over new U.S. sanctions against the regime and coming after weeks of drama over evidence suggesting Iran was emplacing limpet mines on commercial oil tankers in the Strait of Hormuz, the incident caused President Trump to order – and then to abruptly cancel – strikes against Iranian military facilities. After first promising quick retaliation, President Trump took a step back, stating, “ have a feeling — I may be wrong and I may be right, but I’m right a lot — I have a feeling that it was a mistake made by somebody that shouldn’t have been doing what they did.”

Apparently, the decision to cancel the counterattack was made because U.S. intelligence assessed that the shootdown was made by a local IRGCN commander and was not sanctioned by the regime in Tehran. Intelligence reports suggest that the Iranian regime was “furious” with the wayward commander’s decision to attack the drone, and the U.S. President deescalated the situation.

The U.S. has suffered decades of Iranian violations of the freedom to transit through and above the oceans near Iran. The IRGCN appears as a matter of policy to selectively harass foreign commercial and naval ships conducting lawful transit in the Strait of Hormuz, and in 2016 it unlawfully detained two U.S. small boats and their crews, which were exercising innocent passage in Iranian territorial seas. Yet the recent shootdown of the U.S. drone likely arose from a lack of understanding of international aviation law and Iran’s rights and responsibilities as a party to the 1944 Convention on Civil Aviation (the Chicago Convention) and the rules promulgated by the International Civil Aviation Organization (ICAO).

Much like the mining saga, Iran and the United States pushed contending narratives, but in this case, the contending versions provide possible insight into the local commander’s errant decision. Iran claimed the drone was operating in “Iranian airspace,” and “over its territory.” Article 6 of the Chicago Convention prohibits “scheduled international aircraft from entering into contracting States’ airspace except with the “special permission or other authorization of that state and in accordance with the terms of such permission or authorization.” American officials claimed the U.S. drone was flying over the ocean in international airspace, some 21 nm (34 km) offshore – beyond the 12 nm limit of the territorial sea of Iran. Regardless of where the drone was flying, the attack on it appears to have occurred within Iran’s Flight Information Region (FIR), designated OIIX, above the Persian Gulf and the Gulf of Oman.

FIRs are managed by national air traffic authorities but are done so for the purpose of facilitating international overflight, and those areas of FIRs that include international airspace, such as the airspace over the oceans and beyond 12 nm from shore, are not under the sovereignty of a coastal state. Instead, Article 2 of the Rules of the Air, which is an appendix to the Chicago Convention, licenses national air traffic control authorities to exercise management of certain designated national and sometimes international airspace for purposes of international commercial overflight. Although national air traffic control may direct commercial air traffic in their specified FIRs, under Article 3 of the Chicago Convention, they not have authority to direct or interfere with state and military aircraft. Such aircraft only have a duty to fly with “due regard” for the safety and freedom of overflight of other aircraft, and in particular, commercial aircraft – a duty reiterated for the airspace above the exclusive economic zone (EEZ) in Articles 56 and 58 of the United Nations Convention on the Law of the Sea. (While neither the United States nor Iran are party to the treaty, both observe its rules of navigation and overflight, and the rules in the Convention are regarded as reflective of customary international law and binding on both states).

The day after the shootdown, in an abundance of caution the U.S. Federal Aviation Authority issued a Notice to Airmen (NOTAM) that suspended indefinitely all U.S. commercial flights throughout the Iranian FIR. The NOTAMs are used to provide direction to commercial civil aircraft that enhance safety and security, and the U.S. decision to suspend overflight in the area reflects a loss of confidence in Iranian air traffic control to safely sort and manage its designated FIR.

The Iranian commander likely observed the U.S. drone in Iran’s FIR, and made the common error of confusing the Iranian FIR with Iranian national airspace. (Similarly, on occasion, U.S. and Canadian media inaccurately report Russian surveillance flights inside their national airspace). Even if the drone had been in Iranian airspace, the Iranian decision to shoot down the U.S. drone was unnecessarily belligerent. Coastal states may enforce their national airspace, and there is no right of innocent passage in overflight over national airspace. Yet states have been reluctant to resort to force against foreign intruding aircraft, with the 1983 Soviet destruction of Korean Airlines Flight 007 flying from New York to Seoul as proving the rule in the breach.

The case of the shootdown of the U.S. Global Hawk likely derives from the on-scene IRGCN commander’s misunderstanding or openly cavalier approach to the rules governing international airspace. The resulting incident, which nearly precipitated an armed conflict between the United States and Iran, underscores how important it is for operational military commanders to have more than a passing understanding of international law.