commentary-Raising Questions on Targeted Killings as First Strikes in IACs 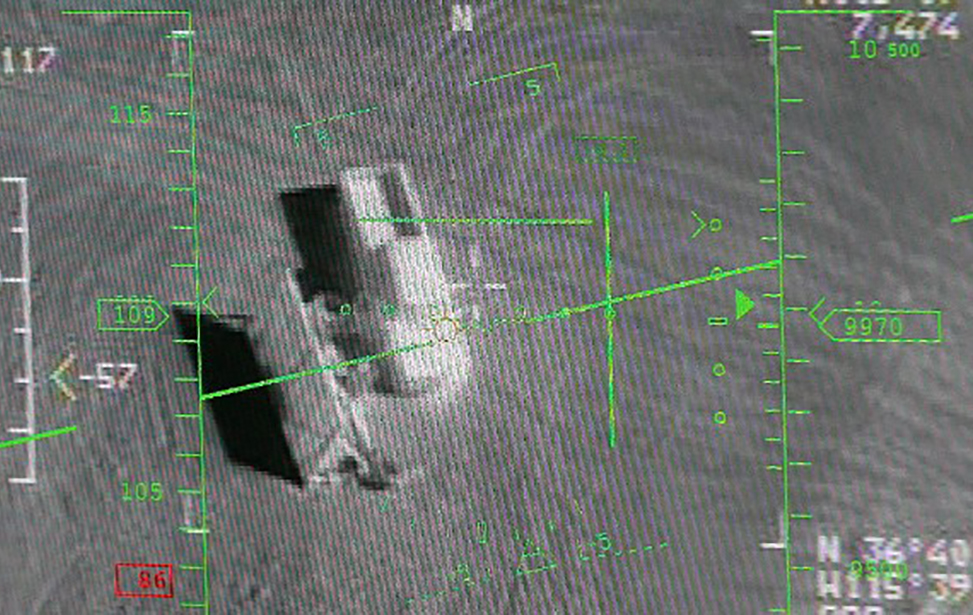 Yes. The American strike against Qassem Soleimani was illegal. This is the common conclusion of some of the world’s best experts on international law and jus ad bellum (see here and here for a couple of examples). And, lets be clear, the Iranian response was also illegal (see here and here). Let’s not dwell on these already explored and answered questions, shall we? Instead, lets look into some of the more complicated issues that have arisen in the background, farther away from the overcrowded studios of mass media commentary, in the less frequented corners of the IL academic twiterverse.

In particular, the Soleimani case is affecting the conversation about targeted killings and generated an interesting debate on social media. We have (sadly) grown accustomed to a world were targeted killings are a fact of life. The US argues it has a right to defend itself against any and all persons it designates as a terrorist and carries out strikes in an ever-growing list of countries, many in which no actual armed conflict is underway. The US’s position has been consistent in arguing that it is the need of self-defense against these non-state actors that justifies their killing. In the words of Harold Koh’s well-known 2010 ASIL Speech: “a state that is engaged in armed conflict or in legitimate self-defense is not required to provide targets with legal process before the state may use lethal force”.

This position has been overwhelmingly criticized in legal academia, principally because it conflates the jus ad bellum question of self-defense, with the human rights question of arbitrary deprivation of life. Marko Milanovic expressed it best when commenting Koh’s speech:

“[W]hen the US uses a predator drone in Pakistan to kill a terrorist, it thereby commits two distinct acts which can in principle be characterized as wrongful: it violates the sovereignty of Pakistan, and it violates the right to life of the person killed. It is the wrongfulness of the former only that can be precluded by an invocation of self-defense, just like Pakistan’s (or Yemen’s, or whoever’s) consent would preclude it. But, assuming the (extraterritorial) application of human rights treaties to a given situation, I don’t see how self-defense could be used to preclude the wrongfulness of an act contrary to the individual rights enshrined in such treaties”.

This is because, unlike IACs, mere use of force between a state and a non-state armed group does not automatically trigger an armed conflict – there are additional requirements of organization and, perhaps most importantly, intensity. A NIAC requires more than just “one strike” to be triggered, and rather, requires “armed clashes, combat zones, or, simply, fighting”. Had the facts of the Soleimani strike have happened not against a state official, but against a militia member, the situation would be very clear: The United States would have violated Iraq’s sovereignty and the target’s right to life.

Under human rights law, the United States would have needed to comply with the test of absolute necessity, showing that no other means save for lethal force were available (i.e. capture was impossible) and that the target presented an imminent danger to others (i.e. self-defense). In most cases of targeted killings outside armed conflicts, these facts do not hold. Both sovereignty and the right to life are violated.

Now, of course, the targeted killing may be occurring within a NIAC, in which case the applicable law would change the facts considerably. Imagine if Bin Laden had been killed with a drone strike instead of a raid. In this scenario, the United States would have again violated the sovereignty of Pakistan, but, arguably, not Bin Laden’s right to life, as he would be a member of an armed force possessing a continuous combat function. In Kevin Jon Heller’s words, under IHL, Bin Laden “was a member of an organized armed group (“original” al Qaeda) taking part in the armed conflict in Afghanistan [and therefore] was legitimately targetable with lethal force at any time, subject only to the principles of distinction and proportionality”. (But see also Milanovic’s view, here). What would never happen though is for a NIAC to start because of a drone strike – i.e. first strikes don’t trigger NIACs.

This prompted an interesting discussion in 2016, when Adil Haque proposed a “first strike trigger” for NIACs. His views were inspired by the need to protect civilians in the in-between period, between the first strike and the triggering of the Tadic standard of intensity. He proposed the following scenario:

“State A attacks organized armed group G on the territory of State T, with the consent of State T.  There is no pre-existing armed conflict between State A and group G.  State A does not take feasible precautions in attack and recklessly kills many civilians.

If we accept a bilateral trigger for NIAC, then the law of NIAC does not apply until group G responds with military force, resulting in “armed clashes.”  Since State T consents, the law of IAC does not apply either.  It follows that State A does not violate the law of armed conflict or commit war crimes.  This result seems intolerable”.

While the main view on first strikes in NIAC disagrees with Adil based on the wide acceptance of the intensity requirement, it is interesting to take his concerns regarding civilian protection into the realm of IACs. After all, the Soleimani strike can be seen as a “first strike” triggering an IAC between the US and Iran. Under these facts, the United States would have violated Iraqi sovereignty (due to lack of consent) but – and here is the key question – would it have had violated Soleimani’s right to life?

The response to this question produces strange results. One can say that the first strike is not regulated by IHL, because IHL will not be triggered until after the first strike hits (i.e. until after there is actual use of force between states), and so IHRL would apply and Soleimani would have been unlawfully killed (there would be no “absolute necessity”). One can also say, though, that the first strike immediately triggers IHL and its consequence is therefore itself covered by IHL. In this latter view, as Soleimani was a member of Iran’s armed forces, he would have been a lawful military target and would not have been arbitrarily killed.

Both of these views can potentially lead to absurd results. As Kevin Heller mentioned on Twitter, if IHL applies to first strikes in IACs, then “if a military commander planning an attack in peacetime says ‘and no prisoners will be taken’, his no-quarter order gives rise to state responsibility and he can be prosecuted for a war crime even if the attack never actually takes place” – which is of course absurd. At the same time, though, as Adil Haque replied, if IHL does not apply to first strikes, does that mean that the pilots carrying out strikes are not subjected to combatant’s immunity and can therefore be prosecuted for what would otherwise be a lawful act of war? Other potential questions also arise: Does this mean that as part of their precautions in attack, states should refrain from generating casualties in their first strikes, unless they comply with IHRL absolute necessity? Or is it that, given that first strikes trigger IAC IHL, all members of an armed force are theoretically subject to an attack at all times, even when there is no conflict under way? In fact, what of several consecutive strikes? Is the first missile that strikes covered by IHRL and the second by IHL?

The indeterminacy of these questions has been accurately captured by the scholarly debate over this past few days. In her recent Just Security article, Agnes Callamard leaned towards a defense of the application of IHRL in IAC first strikes, not IHL. She argued:

“[T]he conceptual and practical elegance of the first shot theory may mask a number of empirical and doctrinal difficulties. Further, it ought to be accompanied by well thought out analyses of specific incidents by expert or political bodies and warnings that the threshold of an IAC has been breached or is about to be breached. Finally, while there are very good reasons to insist that the U.S. strike should be bound by IHL, there are equally good reasons to insist that it should have been bound by IHRL. Indeed, IHRL offers far stronger protection to civilians. In any case, both IHL and IHRL apply in the context of armed conflict. Absent derogation, human rights obligations continue to apply in time of war or armed conflict”.

This is hardly a categorical statement though, and sounds as if she were implying at least some level of “intensity requirement” for IACs when she talks about “specific incidents” and “warnings” that a “threshold of an IAC” will be met. This may come as vindication for the 2010 ILA Report on Use of Force, which proposed exactly this. But the view that IAC requires an intensity element remains a minority one.

Absent clarity from academia, one would assume that the states most likely to be affected by such a practice would have said something in their public statements, but this was overwhelmingly not the case. Only 12 Global South states (and Russia) issued statements (Argentina, Brazil, China (twice), Cuba, India, Indonesia, Iran, Iraq, Malaysia, Qatar, South Africa, and Venezuela). Of these, only five (Cuba, Iran, Iraq, Venezuela and Russia) mentioned the word “assassination”, indicating that in their view, Soleimani was not a legitimate target under IHL. The rest issued vague calls for de-escalation and Brazil even sided with the US, implying that Soleimani was a terrorist.

The issue of targeted killings as first strikes under IACs, therefore, will need further exploration. At this point, one important conclusion that we can arrive at is that no matter on which side of the debate we find ourselves, as seen above, absurd results will be inevitable. A first killing of a soldier might lead us to want IHRL to apply, but a first detention might make us want to apply IHL, so as to ensure he or she receives PoW status. The discussion is difficult, and, in many ways, it responds not so much to legal interpretation, but to the fact that targeted killings as a practice – in war and in peace – generates inevitable moral resistance.

Regardless of personal moral considerations, as far as the lege lata is concerned, the recent ICRC Commentary of GC1 reminds us of an important point: “[a]ny unconsented-to military operations by one State in the territory of another State should be interpreted as an armed interference in the latter’s sphere of sovereignty and thus may be an international armed conflict under Article 2(1).” This thus implies that first strikes are covered by IHL.

A definitive answer, though, will require more analysis than a blog post allows. For now, therefore, I am afraid I will leave you with more questions than answers.