commentary-Soleimani and Targeted Killings of Enemy Combatants – Part I: Revisiting the “First Shot”-Theory 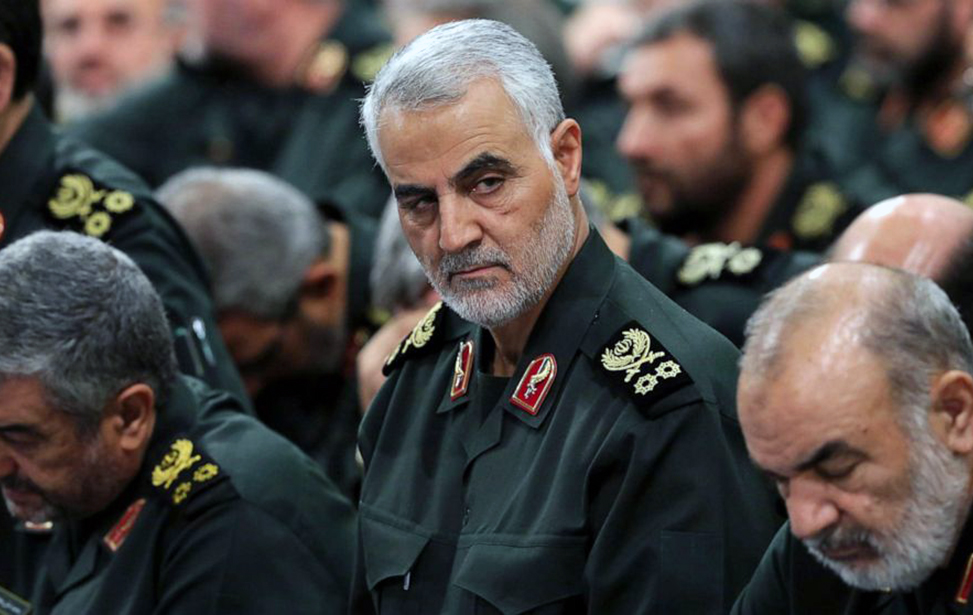 The deadly drone strike against Qasem Soleimani has triggered countless extensive legal, political, and strategic debates. In addition to the US’ reliance on the right to self-defense and constitutional law aspects – which will not be addressed here – his killing also requires a critical reflection of human rights law and international humanitarian law. This post (subdivided into two parts) argues that the general permissibility of killing foreign soldiers was not applicable even although there had been an international armed conflict between the US and Iran.

The killing of Qasem Soleimani was an atypical scenario: the last time the US killed a high-ranking member of a foreign state’s military – leaving aside the precise qualification of the Quds forces – goes back to World War II when the US shot down the plane of Japanese general Isoroku Yamamoto who was held responsible for the attack on Pearl Harbor. (Tellingly enough, the operation was called “Operation Vengeance”). The attempted assassination of Saddam Hussein with cruise missiles during the early phase of the 2003 Iraq war also deserves to be mentioned here.

However, neither of these cases posed any specific problems under international law as they took place during armed conflicts. Due to his far-reaching competences inside Iraq, Saddam Hussein was not only the (civil) head of state but certainly also a legitimate military target (in addition, the prohibition of assassinating foreign leaders in US domestic law arguably does not apply during wars).

The situation today is different. Progress in the field of military technology has blurred the lines between war and peace. Chirurgical high-precision strikes escape classic categorizations. Reason enough to elaborate further on this point.

The key determination concerning the possible violation of Soleimani’s right to life concerns the question whether there had been an armed conflict between Iran and the US. Initial reactions by experts such as UN Special Rapporteur on Extra-Judicial Executions Agnès Callamard or Mary Ellen O’Connell rejected such a qualification (however, in a more extensive follow-up piece to her tweets, Callamard somewhat mitigated her position and inter alia held that his killing would have been unlawful even during an armed conflict). On 14 January, the scientific services of Germany’s parliament legal opinion also classified the situation as falling short of an international armed conflict. Similar to Callamard, it highlighted that no one had made such a determination prior to the targeted killing of Soleimani. Furthermore, the opinion notes that the US and Iran also seemed to deny that they were involved in an armed conflict. While self-qualifications or declarations of war are irrelevant for the presence of an international armed conflict, one may assume that neither of them wanted its soldiers or military objects to become permanent legitimate targets.

The situation would thus have to be assessed on the basis of human rights law alone. Outside armed conflicts – as we should all know by now –, targeted killings are only lawful to avert an imminent danger to the lives of others. One textbook example would be a situation where there are no other means of stopping suicide bombers from carrying out their attack (a scenario depicted in the 2015 British movie “Eye in the Sky”).

From what we know by now, such an imminent threat did not exist in the case of Soleimani. Quite the opposite: the authorization to kill him as soon as a US national fell victim to Iranian or Iran-orchestrated actions was apparently already granted some seven months ago. According to the New York Times, Trump had chosen the most extreme measure from a number of options. Some reports even claim that he not only announced the killing five days before it was carried out but even bragged about it in Mar-a-Lago. Others suggest Soleimani travelled to Iraq to the ease tensions between Iran and Saudi-Arabia.

Although posing a significant generalized security threat to the US, the Trump administration has thus not provided evidence to prove that an attack on US soldiers, military installations, or the US embassy in Baghdad was imminent. As understandable as US concerns over the security of its soldiers and diplomats is, Secretary of State Mike Pompeo has only referred to secret intelligence without, as he openly admitted, being able to go into detail. The Trump administration asks the world to simply believe in its words. Given the impairment of US credibility in connection with the 2003 Iraq war this is quite a bold step.

In addition to the lack of imminence, serious doubts also remain whether the killing was also necessary (both under the ius ad bellum and human rights law): As O’Connell explained, the US could have evacuated its diplomats located in Iraq or further strengthened, in coordination with Iraq, its security presence.

These strict limits are – as stated above – only applicable during peacetime. As soon as there exists an armed conflict, the lex specialis rule applies. As the International Court of Justice outlined in its Nuclear Weapons advisory opinion, the question whether there has been an arbitrary and thus unlawful killing in such situations needs to be answered on the basis of international humanitarian law and the principle of distinction, one of its two “cardinal principles” and a ius cogens obligation (avoiding this emotionally laden term, the International Court of Justice, qualified them as “intransgressible”).

It holds that combatants can be targeted at all times, everywhere, and regardless of whether they are armed or wearing a uniform (see Dinstein’s The Conduct of Hostilities under the Law of International Armed Conflict; but keep his reference to the somewhat more restrictive stance by the International Committee of the Red Cross in mind). As one of – if not the – highest-ranking figures of Iran’s complex military apparatus, Soleimani would thus clearly have constituted a textbook example of a legitimate military target.

This leads us to the key question of this blogpost: Was there really no international armed conflict between the US and Iran? After all, and as I will further explain below, a strike by one state’s armed forces against those of another state – including soldiers – basically falls under the generally accepted definition of armed conflicts.

As the International Criminal Tribunal for the Former Yugoslavia famously held in the Tadić case, “an armed conflict exists whenever there is a resort to armed force between States”. In contrast to non-international armed conflicts, a certain intensity or duration are not required.

“[i]t makes no difference how long the conflict lasts, how much slaughter takes place, or how numerous are the participating forces; it suffices for the armed forces of one Power to have captured adversaries falling within the scope of [the definition of prisoners of war in article 4].”

By logical conclusion, a captured soldier benefits from the protection of the Third Geneva Convention: “[e]ven if there has been no fighting, the fact that persons covered by the Convention are detained is sufficient for its application. The number of persons captured in such circumstances is, of course, immaterial.” (on this point see also Djemila Carrons L’acte déclencheur d’un conflit armé international and the corresponding EJIL:Talk! blogpost by Julia Grignon)

Last but not least, Pictet’s commentary on common article 2 in the Fourth Geneva Convention goes similarly far by stating that“any difference arising between two states and leading to the intervention of members of the armed forces is an armed conflict.”

The International Committee of the Red Cross has extended Pictet’s finding to international humanitarian law as such subscribes to his “first shot”-theory until this very day: First, its 2008 opinion paper on the definition of armed conflicts has endorsed the Tadić-definition verbatim.

Second, the 2016 and 2017 commentaries on Geneva Convention I and II explicitly state that international armed conflicts in the sense of article 2(1) “occur when one or more States have recourse to armed force against another State, regardless of the reasons for or the intensity of the confrontation.” The 1987 commentary on article 1 Additional Protocol I (General Principles and Scope of Application) reaffirms this notion by making it clear that

humanitarian law also covers any dispute between two States involving the use of their armed forces. Neither the duration of the conflict, nor its intensity, play a role: the law must be applied to the fullest extent required by the situation of the persons and the objects protected by it.

This broad definition may add more confusion than clarification in situations such as the drone strike against Qasem Soleimani. The 1987 ICRC commentary has ignored the “dark side” of international humanitarian law: its rules on targeting and the broad permissibility of killing combatants in battle.

If the very first shot already is already regulated by international humanitarian law as a whole (more on that below), a targeted killing would trigger an ultra-short international armed conflict and effectively evaporate the distinction between war and peace. Legally speaking, soldiers would always constitute legitimate targets, not only during an (already) ongoing armed conflict – a contra-intuitive result. I will thus discuss a number of arguments on the relationship between international humanitarian law and targeted killings of members of a state’s armed forces in the next part of this post.