commentary-Taking Territory of a Third State Seriously: Beginning of IAC and the Strike Against Major General Soleimani (Part I) 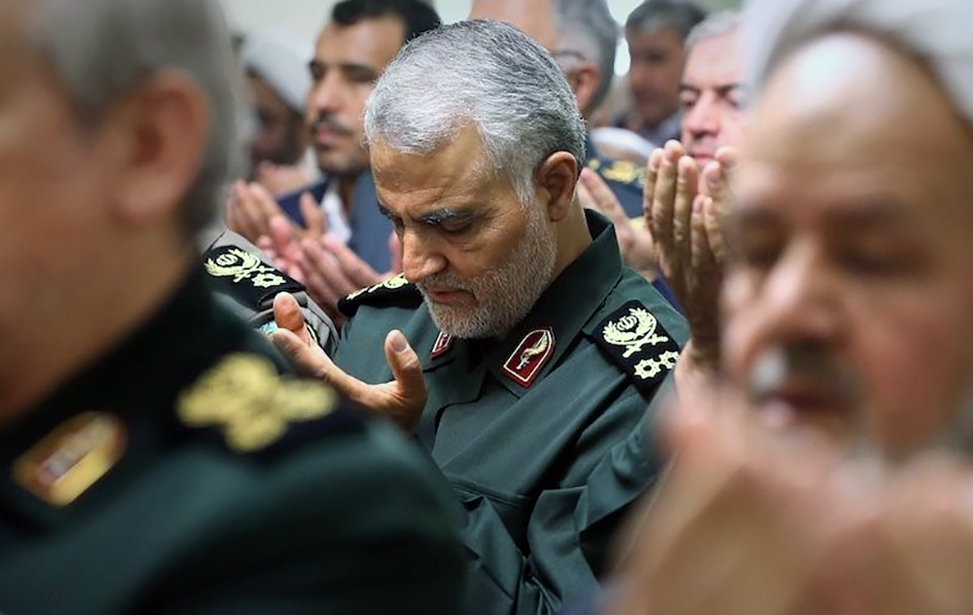 As discussed by many scholars and commentators (see e.g. here, here and here) the extraterritorial operation by the US armed forces on 3 January 2020 at Baghdad international airport which led to the assassination of Major General Soleimani, the commander of the Quds Force of Iran, was a flagrant violation of the peremptory norm on prohibition of the use of force enshrined in Article 2(4) of the United Nations Charter as well as the customary international law. Thus, from a jus ad bellum point of view, the operation was unlawful. What remains to be doubtful is the legality of that operation from an IHL point of view. In this post in two parts, by taking the territory more seriously, we argue that the operation cannot be understood as triggering an international armed conflict (IAC) between Iran and the US. Consequently, as it took place outside of an armed conflict, where the jus in bello was not applicable, the assassination of Major General Soleimani was also a violation of his right to life under the IHRL.

According to Article 2(1) common to the four Geneva Conventions, IHL cardinal principles apply to all cases of declared war, or to any other armed conflict which may arise between two or more State parties thereto even if the state of war is not recognized by one of them. The ICRC 1952 commentary on this article provides that “the Convention becomes applicable as from the actual opening of hostilities. …  Any difference arising between two States and leading to the intervention of armed forces is an armed conflict within the meaning of Article 2, even if one of the Parties denies the existence of a state of war. It makes no difference how long the conflict lasts, or how much slaughter takes place.” The International Criminal Tribunal for the former Yugoslavia (ICTY) proposed (to some extent) a different definition of IAC. In the Tadić Case, the Tribunal stated that “an armed conflict exists whenever there is a resort to armed force between States”(para. 70). The ILC 2011 Draft Article 2(b) on the effects of armed conflicts on treaties contains a similar definition of IAC. The 2016 commentary by the ICRC on the common Article 2(1) stipulates that “the rationale of Article 2(1) is to extend the scope of application of the Geneva Conventions so that their provisions come into force even when hostilities between States do not result from a formal declaration of war. In this way, Article 2(1) serves the humanitarian purpose of the Geneva Conventions by minimizing the possibility for States to evade their obligations under humanitarian law simply by not declaring war or refusing to acknowledge the existence of an armed conflict” (para. 202). The commentary with a focus on the humanitarian purpose of the Geneva Conventions and the very object and purpose of IHL adds further that “armed conflicts in the sense of Article 2(1) are those which oppose High Contracting Parties (i.e. States) and occur when one or more States have recourse to armed force against another State, regardless of the reasons for or the intensity of the confrontation”(para. 218).

As Grignon observed, notwithstanding some doubts and uncertainties, IHL is indisputably applicable in IAC regardless of the level of violence, which might occur in the use of force between the parties to the conflict (p.152). This argument comes from a pure humanitarian approach. To justify this approach, Pejic in her insightful article states that “there are also compelling protection reasons not to link the existence of an IAC to a specific threshold of violence. To give but one example: under the Third Geneva Convention, if members of the armed forces of a State in dispute with another are captured by the latter’s armed forces, they are eligible for prisoner of war (PoW) status regardless of whether there is full-fledged fighting between the two States. … The lack of a threshold of intensity for the application of the Geneva Conventions is not due to chance, but may be said to be an element of the entire package of protection offered by these treaties” (p.11).

Analyzing the US attack against Major General Soleimani under this framework, however, as noted by Gurmendi in his recent post on the issue of targeted killings as first strikes under IACs, requires further exploration: “at this point, one important conclusion that we can arrive at is that no matter on which side of the debate we find ourselves, … absurd results will be inevitable. A first killing of a soldier might lead us to want IHRL to apply, but a first detention might make us want to apply IHL, so as to ensure he or she receives PoW status”. His concern, which is a very humanitarian one, is understandable and in our view is fully compatible with the object and purpose of IHL. But, is there a way out of this “absurd results”?

IHL answer is: Yes! There is another element of fact in this case that we should take into consideration i.e. the US operation against Major General Soleimani took place in the territory of a third State. Does it matter? Of course!

The “first strike” theory is designed to use in situations where the strike is taking place in or against the territory of one of the Parties to the conflict. In this respect, when the armed forces of a State with a belligerent nexus overpass the borders of another State or their missile or bullet reaches the territory of the other State, there exists an IAC between the two. In this scenario, the first combatant targeted is a legitimate target because the IAC has already started. But, the case in our hand is different and yet unique and this is why there exists almost an agreement among IHL and IHRL experts about the illegality of this strike, while their underlying reasons for such a conclusion might be different (see for example Janik), The US operation took place with no prior “armed attack” or “use of force” in the context of jus ad bellum. The case is also different from the other examples of the targeted killing that happened in the territory of third States against members of non-State armed groups. Major General Soleimani was a high-ranking commander of the Iranian armed forces.

Having said that, in the second part of this post we will focus on IHL geographical scope of application to determine the applicable law on this strike.