commentary-The International Community and the Challenge to the Rule of Law: The Future of Iran Nuclear Deal 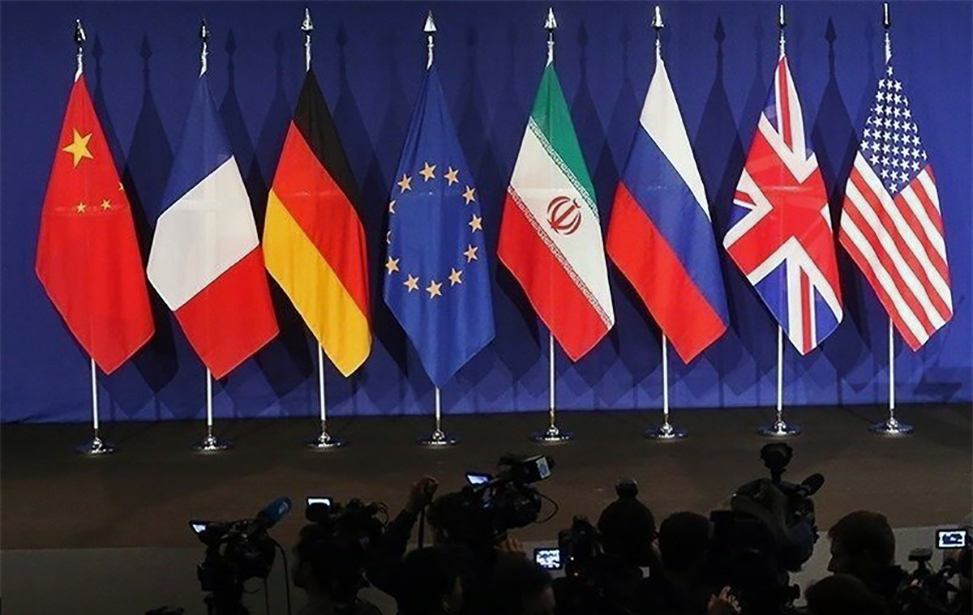 On May 10, two days after the US President pulled his country out of the Joint Comprehensive Plan of Action (JCPOA), Iranian Foreign Minister, in a letter to the UN Secretary General, states that ‘If JCPOA is to survive, the remaining JCPOA Participants and the international community need to fully ensure that Iran is compensated unconditionally through appropriate national, regional and global measures.’(here). While political discussion on this matter is ongoing, which has led, inter alia, to the recent European Commission’s decision demonstrating the EU’s commitment to the JCPOA by preserving the interests of European companies investing in Iran (Press release), this post discuses the legal obligations of states in preserving the JCPOA under the Charter, in general, and the Security Council Resolution 2231 (2015), in particular (here).

The Resolution 2231, aimed at settling the dispute over Iran’s nuclear programme, was adopted under Chapters VI and VII of the UN Charter by the affirmative votes of all the members of the Security Council including the US. The Resolution refers several times to Article 41 and explicitly mentions the obligation of states under Article 25 to accept and carry out the Security Council’s decisions. The Resolution, in its first paragraph, endorses the JCPOA and urges its full implementation.

As discussed by Dan Joyner and by Julian Ku, the JCPOA is not a treaty; however, the fact that it is endorsed and urged to be implemented in full by the Resolution 2231, makes it binding on the UN member states. The obligatory character of the Security Council’s decisions, even those that are not related to the enforcement measures under Chapter VII of the Charter, despite what has been argued by a few commentators, has been emphasized by the ICJ in its Advisory Opinion on Reparation for Injuries, when the Court pronounced:

The Charter has not been content to make the Organization created by it merely a centre ‘for harmonizing the actions of nations in the attainment of these common ends’ … It has defined the position of the Members in relation to the Organization by requiring them to give it every assistance in any action undertaken by it… and to accept and carry out the decisions of the Security Council… (Advisory Opinion, p. 178)

The Court elaborates this point further in its Advisory Opinion on Namibia, to reject the contention that Article 25 of the Charter applies only to enforcement measures adopted under Chapter VII of the Charter. The Court by emphasizing that ‘[i]t is not possible to find in the Charter any support for this view’, and the fact that this article ‘is placed, not in Chapter VII, but immediately after Article 24 in that part of the Charter which deals with the functions and powers of the Security Council’ holds that Article 25 ‘is not confined to decisions in regard to enforcement action but applies to “the decisions of the Security Council” adopted in accordance with the Charter.’ The Court adds further that a reading that limits the application of Article 25 to the enforcement measures under Chapter VII would make Article 25 ‘superfluous, since this effect is secured by Articles 48 and 49 of the Charter.’ (Advisory Opinion, para 113). Based on these considerations, the Court concludes that:

Thus when the Security Council adopts a decision under Article 25 in accordance with the Charter, it is for member States to comply with that decision… To hold otherwise would be to deprive this principal organ of its essential functions and powers under the Charter. (Advisory Opinion, para 116).

The Resolution 2231, adopted in accordance with the Charter, urges for the full implementation of the JCPOA. It calls upon all member states, as well as other international actors, to support its implementation and to refrain from actions that undermine implementation of commitments under the JCPOA (para 2). Hence, all the UN member states, including the US, are fully committed to implement the Resolution and the JCPOA, which forms a part of it. Although the use of the term ‘calls upon’ has led a few scholars such as John B. Bellinger to argue that this paragraph has not created any obligation under international law (here), as stated by the ICJ, the terms of the Security Council Resolution should be interpreted considering ‘all circumstances that might assist in determining [their] legal consequences’:

The language of a resolution of the Security Council should be carefully analysed before a conclusion can be made as to its binding effect. In view of the nature of the powers under Article 25, the question whether they have been in fact exercised is to be determined in each case, having regard to the terms of the resolution to be interpreted, the discussions leading to it, the Charter provisions invoked and, in general, all circumstances… (Namibia Advisory Opinion, para 114).

To adhere to the idea that simply because of the use of the phrase ‘calls upon’ in the Resolution, states are free to refrain from its implementation makes the whole Resolution superfluous. The Resolution 2231, which marked a fundamental shift in the Security Council’s consideration of Iran’s nuclear issue, was adopted with the aim of providing a comprehensive solution to the dispute over Iran’s nuclear programme for which the comprehensive lifting of nuclear-related sanctions, including international and national sanctions, was an essential part, as stated in the Joint Plan of Action of E3/EU 3 and Iran issued on 24.11.2013. Thus, it cannot be argued that no state except Iran has hard law obligation in implementing the Resolution. In light of this, the recent decision of the United States to withdraw from this agreement and the measures it has taken to defy the implementation of the Resolution, by reapplications of US sanctions on Iran and its commercial partners in the world, is a material breach of its obligations to comply with the decisions of the Security Council under the Charter and therefore, entails its international responsibility.

The question, however, remains as to the legal relations arising from the occurrence of the US internationally wrongful act with the other UN member states.

Of course, every state, by virtue of its membership in the international community, has a legal interest in the fulfillment of certain essential obligations, and for that reason, states are under general obligation not to provide any aid or assistance to another with a view to facilitating the commission of an internationally wrongful act by the latter (Article 16 of the draft rules on state responsibility). Nevertheless, we believe that in this situation the UN member states have also positive obligations in taking appropriate measures to ensure the continuous implementation of the Resolution 2231 and the JCPOA, because the challenge imposed by the US is not only against Iran but it targets what forms the universally recognized bases of international legal order: pacta sunt servanda, good faith, multilateralism, international cooperation, and the rule of law.

Since the Charter is an international treaty, the obligations it contains are, from the point of view of their origin, treaty obligations for which all state parties, and not only the injured state, have an interest of a general character in compliance with it. Moreover, obligations of states under the Charter, in general, and the decisions of the Security Council, in particular, have special importance not only because of the expressed reference of Article 103, but also due to the important role they play in maintaining international peace and security.

The United Nations was established by peoples who were determined to ‘achieve international co-operation in solving international problems’ and for that purpose, their governments had obliged themselves to ‘fulfill in good faith the obligations assumed by them in accordance with the present Charter’. (Articles 1(3) & 2(2) of the Charter). The good faith performance of obligations of states under the Resolution 2231 requires them to take measures to enable its implementation. The Resolution contains positive obligations by emphasizing on the ‘States’ rights and obligations relating to international trade’ (preamble); it expressly underscores that member states are obligated under Article 25 of the Charter to accept and carry out the Security Council’s decisions (preamble). It further calls upon all member states, regional organizations and international organizations to take such actions as may be appropriate to support the implementation of the JCPOA, including by taking actions commensurate with the implementation plan set out in the JCPOA and the Resolution 2231 (para 2). The good faith implementation of these obligations cannot be equated with the mere disagreement with the violation occurred and for that reason, in the joint statement issued by the Prime Minister Theresa May, Chancellor Angela Merkel and President Emmanuel Macron, they announced their commitment to ensure ‘the continuing economic benefits … that are linked to the agreement.’ (here). In the same line, the EU high representative has emphasized that ‘for the sake of our own collective security’, not only the European Union is determined to preserve the deal, but also ‘expect the rest of the international community to continue to do its part to guarantee that it continues to be fully implemented.’ (here). Accordingly, the President of the European Commission stated that ‘We must act now and we will act now. That’s why we are launching the process to use the 1996 Blocking Statute to neutralise the extraterritorial effects of US sanctions on European companies’.

When a state violates such an obligation in a systematic way, i.e. ‘in an organized and deliberate way’ and with the clear intention to violate the norm, other states have obligations in stopping the violator as the ICJ in Consular Staff in Tehran case has emphasized:

Such events cannot fail to undermine the edifice of law carefully constructed by mankind… the maintenance of which is vital for the security and well-being of the complex international community of the present day, to which it is more essential than ever that the rules developed to ensure the ordered progress of relations between its members should be constantly and scrupulously respected. (Judgment, para 92).

The deal, which ‘is one of the biggest achievements diplomacy has ever delivered… belongs to the entire international community’, as correctly mentioned by the EU High Representative, Federica Mogherini (here). Faced with such a threat to the foundations of international legal system, the international community, in general, and Iran’s JCPOA partners, in particular, not only have strong interest but also obligation to take all necessary measures in order to guarantee the rule of law in international relations.