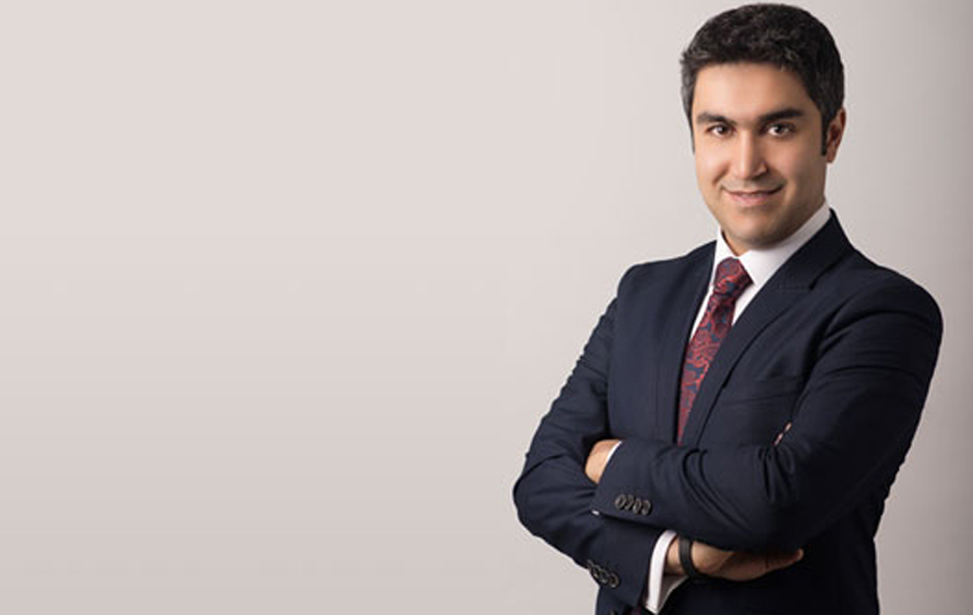 Welcome to the Kluwer Arbitration Blog, Mr. Rezvanian! We are grateful for this opportunity to learn more about the Tehran Regional Arbitration Centre (“TRAC”) and your experience with international arbitration in the region.

My educational background is quite diverse. I have bachelors in both law and industrial engineering, followed by an MBA degree. I have then obtained an LL.M. in International Commercial Arbitration Law from Stockholm University and a PhD in International Law from the Graduate Institute of International and Development Studies, Geneva. My doctoral thesis, titled “Relation of ADR and arbitration in resolution of construction disputes” was a combination of law and engineering, which I defended in December 2013.

Immediately after returning to Iran in 2014, I was appointed as the Director of TRAC. The appointment was made by the Government of Islamic Republic of Iran and after consultation with the Secretary-General of the Asian-African Legal Consultative Organization (“AALCO”). My activity as TRAC Director is aimed at implementing the Rules of Arbitration and the Internal Regulations with independence and impartiality and I consult with the Arbitration Boards of TRAC on matters concerning the implementation of the Rules of Arbitration.1)

One of the major achievements of AALCO in its program in the economic field was the launching of its Integrated Scheme for Settlement of Disputes in the Economic and Commercial Transactions in 1978. Pursuant to that scheme, it was decided to establish regional arbitration centres under the auspices of AALCO, which would perform as international institutions with the objectives to promote international commercial arbitration in the Asian-African regions and provide for the possibility of conducting international arbitrations under these centres.

Five such Centres have been established so far, which are located at Cairo (Arab Republic of Egypt), Kuala Lumpur (Malaysia), Lagos (Nigeria), Tehran (Islamic Republic of Iran) and Nairobi (Republic of Kenya). The respective host governments recognize the Centres’ independence as an international organization and accord privileges and immunities to them.

TRAC has been established pursuant to the Agreement signed on 3 May 1997, between the Islamic Republic of Iran and AALCO. The Agreement came into force in July 2004, after receiving ratification from the Iranian legislative bodies. TRAC effectively commenced its activities a year later, in July 2005, by publishing its Rules of Arbitration.

Please allow me to not give numbers, because we are considering publishing that in a separate report. But instead, I should explain that in the last 4 years TRAC has received considerably more cases than in the previous 10 years. Therefore, I can confirm that a noticeable increase has started in the TRAC caseload as a well-known arbitration institution in the region. In addition, in the recent years, TRAC has been more known among the Iranian and regional lawyers and business users and we are aware that TRAC arbitration clause has been increasingly inserted in various types of international contracts such as oil and gas services, foreign trade, transport, distribution, banking, export credits, telecommunications, construction and engineering. Therefore, we expect that TRAC caseload would continue to increase in the future.

In general, there is no limitation in types of disputes that TRAC would accept to act as the arbitration centre. However, by reviewing TRAC cases, it is apparent that the number of disputes related to sales/purchase, construction, oil and gas industry (including petrochemical) is higher than those in other areas. It is also our understanding that disputes related to technology contracts are rarely referred to TRAC. Therefore, TRAC is now considering establishing a special section for startups in this industry in order to provide very cost-effective and quick resolution of disputes. We, therefore, expect to have an increase in this sector soon.

When the dispute is between Iranian nationals, in most of the cases the arbitrator(s) would be also Iranian. But when one of the parties is from another country, the Centre shall take into account the appointment of an arbitrator of a nationality other than the nationalities of the parties. Therefore, in addition to Iranian arbitrators, thus far, TRAC has appointed arbitrators from Turkey, France, Germany and UK.

We have just finished a challenge case, in which the Respondent appointed arbitrator was challenged by the other party at the very final stage of the proceedings, that is right before rendering the award. After such challenge was received by the Centre, the Arbitral Tribunal suspended the proceedings, pending receipt of the result of challenge. The challenge committee eventually rejected the challenge and, therefore, the case proceeded.

TRAC Rules 2018 are based on the 2010 UNCITRAL Arbitration Rules , with some modifications to make them suitable for institutional arbitration. Also, some innovative features are added to the Rules in order to meet the business users’ needs and to be synchronized with the recent developments of international commercial arbitration. In particular, the 2018 TRAC Rules provide for the expedited procedure under Article 5, as well as for the emergency arbitration procedure under Article 27.2 and its Appendix I, encompassing 14 articles. These two procedures are unprecedented under the Iranian law and are introduced by the 2018 TRAC Rules into the Iranian legal system.

TRAC has not yet received any request for emergency measure, but three cases were filed with TRAC that were eligible for expedited procedure, for which a threshold of under Eur 1,000,000 is established by the Rules. However, in one of these cases, although it met the requirements for the expedited procedure, the parties did not request for such procedure, as each side wished to exercise its right to appoint a co-arbitrator in a panel of three arbitrators. In the other two cases, arbitrations under expedited procedure started and they are currently under progress. We expect that in both cases, the Tribunal would render awards within the six-month period as required by the 2018 TRAC Rules.

Arbitrations in TRAC are generally being conducted in a very timely manner. The duration of arbitrations, however, depends on many factors, i.e. the nature of the dispute as well as the relief sought, the number of arbitrators (sole of three members), the cooperation between the parties, etc.

In the history of TRAC, there are a number of cases (mostly with sole arbitrators) in which the award was rendered in less than a year from the date the request for arbitration was filed with the Centre. In case of three member tribunals, however, it is expected that more time is needed, as the coordination and deliberations between the members of the tribunal might take time. But in any case, I can confirm that the average length of arbitration proceedings under TRAC Rules is remarkably shorter than proceedings in front of national courts.

Since its establishment in 2004, TRAC has been continuously active in promoting international arbitration in Iran and in the region, as well as encouraging scholar activities.

As you mentioned, in 2017 a cooperation agreement was signed between PCA and TRAC to establish a framework for joint cooperation in promoting arbitration as means of solving international disputes. We have also conducted many joint promotional activities with some well-known arbitration centres, i.e. The Arbitration Institute of the Stockholm Chamber of Commerce (SCC) and centres in the region, i.e. Istanbul Arbitration Centre (ISTA). All these attempts proved to be very helpful in raising awareness about developments in the field of arbitration in Iran and in the region.

Also, TRAC is regularly involved in organizing workshops, seminars and training forums in the field of international arbitration in order to spread the understanding on arbitration among practitioners and to raise educated lawyers and arbitrators. TRAC seminars are either in the form of general courses on arbitration, or specific courses on sectors that are fertile for dispute resolution, i.e. construction, oil and gas.

In addition, TRAC is very active in encouraging and supporting scholar activities. Since 2016, by organizing arbitration moots (in both Farsi and English), TRAC attempted to foster the study of international commercial law and arbitration as means of solving international business disputes among Iranian students.

Since 2018 and with the aim of encouraging Iranian students to research on arbitration related issues, TRAC started an annual prize for the best LL.M. dissertation in the field of commercial and investment arbitration.

In 2009, as master student at Stockholm University, I participated in the Willem C. Vis International Commercial Arbitration Moot. Since then, my dream was to establish a Vis Pre-Moot in Iran and this dream came true in 2018, when we launched the first Iranian Vis Pre-Moot. In the last competition, TRAC hosted four Iranian teams which shows an increasing interest among the Iranian students. We hope to develop the competition to regional level in the next years and to attract more teams from the region in this competition.

Thank you for this opportunity.  We wish continued success to both you and the TRAC!